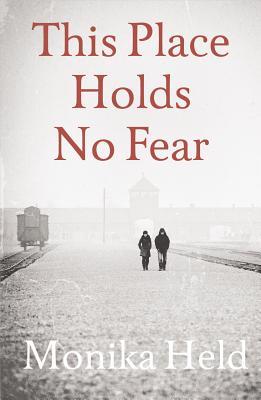 This Place Holds No Fear, by Monika Held

They sat in Café Stern on the evenings of the 53rd, 54th, and 55th days of the hearings. He told Lena, as if it hardly mattered, that he had been divorced for five years, and that he had a daughter in Vienna – Kaija. He had lost contact with her. So he wasn’t completely free, but he wasn’t really attached, either. And you? Lena answered tersely: I live in an apartment alone. I don’t have children. I have an attachment named Tom. On the 56th day of hearings Heiner walked through the city for a whole hour, led by Lena’s hand, and he still wasn’t sure whether the hand was only meant to protect him or whether her heart was pounding like his. He gained confidence, ventured a few shy glances at people and stopped thinking that he had seen every face before. When he appeared in court for the second time, Lena sat in the gallery, listened to the judge’s questions, and heard Heiner’s clear voice responding. Just knowing she was there gave him strength, but he still felt as if he were walking on a wire over a deep canyon. He couldn’t allow himself to fall, not again. He had to simply remember, without seeing any of the images that went along with his memories. Evidence in the eyes of the law: that was all that mattered. Murder, even the murder of thousands, had to have a place, a time, and a date. Where had he seen Klehr? In Block 20? Why there? He worked in Block 21. How did he get from Block 21 to Block 20? Which door had he used? The one on the long side or the one on the short side? Or on the gable side? In what room did Klehr kill people? Was it to the right of the hallway or to the left? Was Klehr alone or were there prisoners in the room? Did Klehr wear an apron during the killings, or a lab coat? Was it purple, red, white, or yellow? Did he have a needle in his hand when the witness saw him? Was it in his right hand or his left? Did the witness see the people who were killed? How many were there? Was it closer to twenty or to a hundred? And where were the bodies taken afterwards? Was there a door between the hall and the room, or just a hanging blanket? How often did killings take place there? Once a week, or every day?

He wanted to be a reliable witness – that was why he had stayed alive. He couldn’t let them confuse him. He couldn’t think about the men who sat behind him, haunting his every word. He couldn’t imagine their eyes, their smiling faces. The effort was inhuman. Kaduk put on a show: he paraded into the courtroom with his hands stiff at his sides and his head thrown back proudly. He ridiculed the court, the witnesses, and even the men next to him in the dock who couldn’t remember anything. Klehr laughed and spoke just as he had back then. Selection was called “making the rounds,” and killing with the disinfectant Phenol was called “inoculation.” He said what he thought: the method was costeffective, odorless, easy to use, and completely dependable. He found the judges obtuse. Why fuss? A quick death is humane! The syringe was hardly empty before the man was dead, he explained. Murder? Your Honor, sick ain’t the word for those people. In plain German: They weren’t ill, they were half dead.

Heiner made it through his second testimony, barely stuttered, and did not let them confuse him. He did not break down. He was proud of himself, but only made peace with his performance later, after he had written down what he actually wanted to say. Whenever he was asked, even years later, he could recite the text like a ballad.