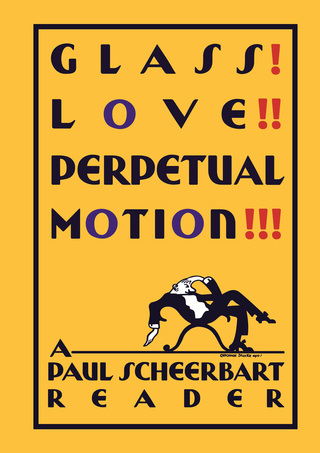 The University of Chicago Press

At the Glass Exhibition in Peking: The old Baron’s Diary Entries

The old Baron Münchhausen has just returned from China’s interior. He writes the following diary entries while in Peking:

10. September 1910.
Those who are always sober cannot write amusing stories. But that is just by the by. In the last fourteen days there have been colossal snowstorms and…
What I have seen here in Peking far overshadows, as they say, all my other experiences. Actually, this “overshadowing” is one of those terrible phrases that always make me a bit nervous. Doesn’t come close, this business with the overshadowing. But—let us not digress! This summer, in barely three months, Peking has organized an international glass exhibition…Merciful heavens! What the Chinese are capable of! As I’ve always said: One day the Chinese will rule the world.

11. September 1910.
First to describe the general impression!
Well—but it’s hardly that easy.
Outside, far from Peking—easily a mile and a half outside the city—a huge glass city suddenly springs from the earth.
Of course, it doesn’t actually spring. My enthusiasm makes me write the most blatant absurdities. But that goes to show how excited I really am.
All this in three months!
At first all one sees is giant walls made of mirrors all around. They frame the whole thing. But it’s not just a simple square. No—the footprint of this little city is actually quite irregular.
But again, little is of course also quite wrong. The dimensions are actually really sizeable. One mirror-wall is fifty meters high and eight hundred meters long. Iron rods support the whole thing. The rods are pained crimson or enameled. And the mirror-wall juts in and out: deep inwards towards the city and then far out again. There are three thousand square corners in the perimeter. And the mirror-walls contain terraces and overhangs supported by rectangular mirror-columns. Hard to imagine. But such is the exterior.
I arrived this very morning. The sky was very blue. And the top half of the mirrors also seemed blue, so that at first one doesn’t even notice that there is a glass city here. The glass was only visible on closer approach. A multitude of mirrored surfaces shone mightily. First, I rode three times around the entire exhibition.
The sharp angles had the greatest effect here, where one glass surface joins another.
Everything at right angles. On this side the square reigns supreme. Mainly terraces on the next side.
I don’t know the number of sides—certainly a very large number. Everything always blue above. Yellow fields of grain surround the exquisite city, so that the bottom half looks completely yellow—as if the fields just continue into this paradise.
Paradise!
When one is excited, one still can’t break the habit of using the usual tired, used-up words. No human could ever imagine a paradise like this, in any case.
I stayed in a restaurant outside, in the middle of a field of grain.
There, I marveled at the sunset—in the mirrors. It was splendid.
Immediately thereafter I went to my room, wrote this down, and now I’m looking out again.
The moonlight in the mirrors!
Stars in the mirrors, too.
Everything a hundred-fold, a thousand-fold.
What the hands of man can create!
A hundred thousand people built this in three months. And I’ve only seen the outside.